In a recent Pew research survey, around half of U.S. adults (47%) reported that they do not personally know a single person who is Muslim. Over the last several decades, mainstream American media (TV shows, movies, news reports) rarely show Muslims outside of the stereotypes of violent male terrorist and oppressed female victim. Over 15 years since the events of 9/11, we see persistent focus in the news on Islam and its apparent ties to terrorism. Additionally, Muslim Americans are self-reporting more hostility and violent hate crimes against them now than in 2001.

With this increase in the animosity towards Muslims and the travel ban from several Muslim-majority countries, it is more important than ever to examine the images of Muslims that are reinforced in media channels. Since half of Americans don’t actually know a Muslim person in real life, the images that are shown in the media play a powerful role in reinforcing assumptions and stereotypes.

Rather than focus on dominant portrayals of Muslim Americans, this project is an attempt to document the many examples of how Muslim Americans are creating their own visual portrayals in an attempt to “shift the images” that are usually associated with Muslims. While it may be argued that images, especially images shared in digital media, do not have the potential to truly change the political situation of Muslim Americans, I understand visual images and creative acts of expression as having the unique ability to move viewers and cause real social change.

As Muslim voices continue to be silenced and dismissed in mainstream media and official political spaces, images of Muslims as superheroes, fashion gurus, Olympic athletes, comedians, family members, and ultimately Americans are beginning to crack through and circulate especially in digital media spaces. This project seeks to archive these various examples of visual self-portrayals from Muslim Americans. I discuss some of these images as well as speak with the individuals who are creating and circulating these images.

To begin to explore some of these various visual and creative projects, I encourage you to start with one of the following categories. 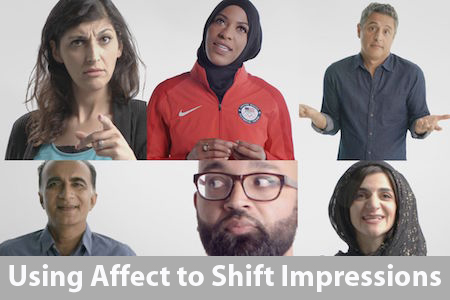 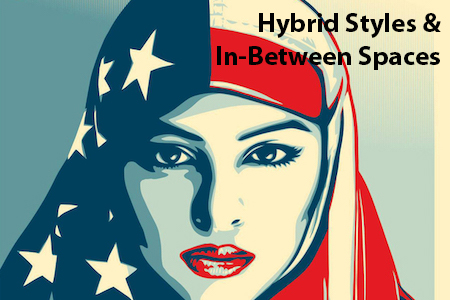